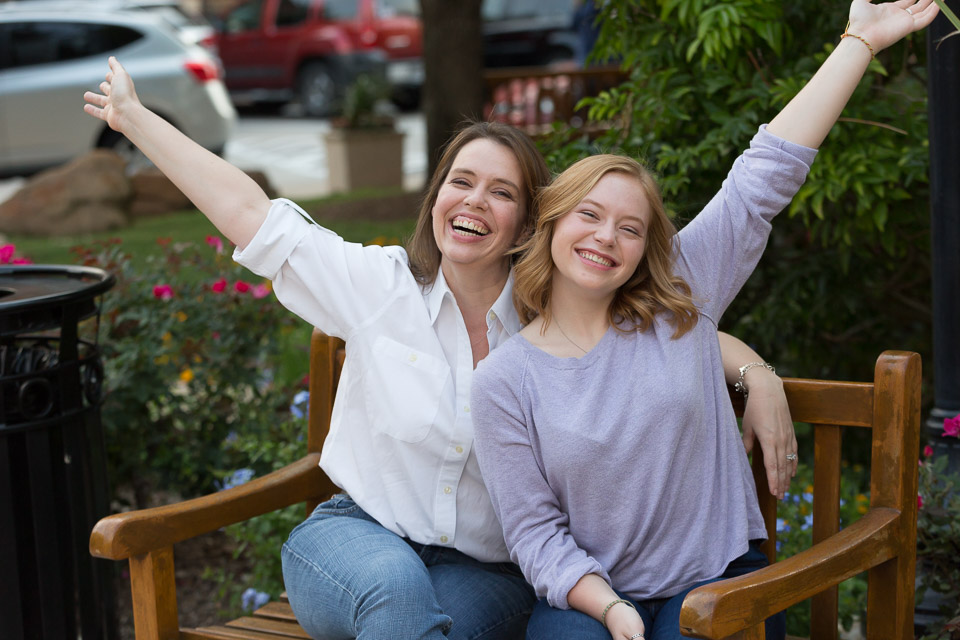 It all began when 9-year-old Samantha was misbehaving and got grounded. She wasn’t allowed to watch TV or play video games. What she was permitted or even expected to do, was to create her own website. Her mom, web developer Bonnie Brennan, gave her no limitations but one: she had to do it on her own on CodeCademy: „That’s what I did.”, says Samantha Rhodes, 16-year-old today. „The website was pink and had kitten photos everywhere, but everything on ot worked as it was supposed to.”


Currently Bonnie and Samantha run programming courses together (HTML/CSS and Angular). They started Code Bridge Texas, an organisation collaborating with the state University, and they hold conferences and meet-ups in the whole US. This vigorous duo is actually reaching beyond that: in September they will be part of FRONTEND-CON in Warsaw, Poland: „We had to get our passports as we have never travelled outside US before”, admits Bonnie.

However, the very beginning of their story was humble. Ten years ago Brennan was a single mom and worked as a secretary. Bored with the routine of everyday work, she wanted to take on web development: „I loved it, but I had no idea where to start. There are millions of sources in the web, but I couldn’t figure out which ones were trustworthy. Besides, I had no money! I couldn’t leave my job and go back to college, having two kids to take care of at home.”, she recollects. When she asked her boss for some additional tasks, she heard: „No, thank you, get us one more coffee, please”. But once she started to code, their approach changed dramatically. „Suddenly, I began to matter. I wasn’t the coffee girl anymore – I turned into a developer”, says Bonnie ironically, though proving herself in the eyes of her bosses wasn’t the reason why she continued her education. Her fascination with coding left her no choice: soon she changed her profession. 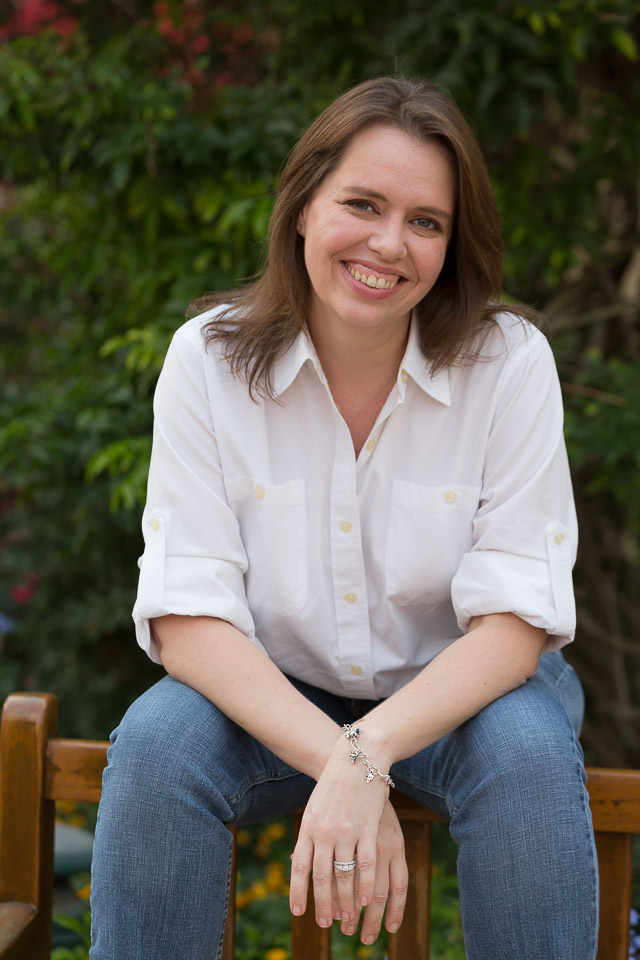 Four years ago she discovered Angular and fell into an obsession. „It’s so cool!”,  Bonnie smiles. Once again she faced the problem of no valuable sources in the web, so she began with Angular Docs („not very good”, as she judges today) and sought advice from her colleagues. Yet no one got so deep into Angular as she did and soon they all came back to her, asking: „Are you the Angular girl?. Bonnie actually became one after she discovered ngRepeat – the loop mechanism. Once she mastered it, Angular didn’t appear so difficult anymore: „However, I don’t know if I would stick to it for so long if I hadn’t met the people from the community”. Brennan refers to the group of Angular fans she met online while searching for a way out of some coding problem. Many of them turned up for her first meet-up in Houston.

Here let us go back to Samantha. While organising this event, Bonnie asked her daughter to make one of the presentations. The teenager prepared the whole curriculum in PowerPoint and she gave a head first lecture in front of a group of adults: „She did a great job. Calm, self-confident and friendly, she just appeared as someone who knows what she is talking about but doesn’t take herself too seriously… When I was speaking in public for the first time, I got so nervous that I was done with a 40 minute presentation in 10″, Bonnie laughs. „When we arrived home, I told her: Wow, you were not shy at all!, and she was like: I didn’t know I was supposed to be.” At this point Samantha smiles and sums up: „I was raised not to be afraid of anything”.

Angular didn’t terrify her either though she was a little „bribed” to start learning it: „My mom promised me a laptop”, the girl admits. In the end she fell in love with the ng community like her mother did: „The people at our meet-up in Houston were co cool! I just wanted to study more so that I could spend time with them. Besides, I was excited to make animations. It’s the hardest part when we talk about the usage of Angular and this is what made me want to try.” Samantha doesn’t know yet if she will become a frontend developer like her mom. So far she left school in order to focus on her coding lessons and meet-ups: „I’m studying online, in a private school in Florida. You pay the tuition and they provide you with their whole curriculum. Now I can study even on the road whenever I have time and wi-fi”, says Samantha. Bonnie sound proud when she stresses that  this individual mode of learning led her daughter to graduate sooner than in a regular high school.

How do they teach programming together? „Usually it is Samantha who is standing in front of the class and telling them what to do. She is so easy going and funny that none of the students sees her as a <<scary professor>>. It boosts their self-confidence right away”, ensures Bonnie. Meanwhile she walks up to the people who got lost and she helps them silently: „At the very beginning of the course we tell them that they should not be shy and put their hands up whenever they get confused. We don’t interrupt the class in such a case, but come up to the person and help”, describes Brennan. This may appear as a little thing, but according to her even such nuances affect the student’s’ well being: „I wanted to avoid the situation in which I found myself for a couple of times. I got stuck in a code and I knew that if I put my hand up, everybody would stop their work and concentrate on my problem. I didn’t want that so I ended up sitting there and feeling stupid”. What Bonnie also likes about Samantha’s way of teaching, it that she talks about her own mistakes openly. She describes the things that were difficult for her at the beginning, and she often jokes about it. 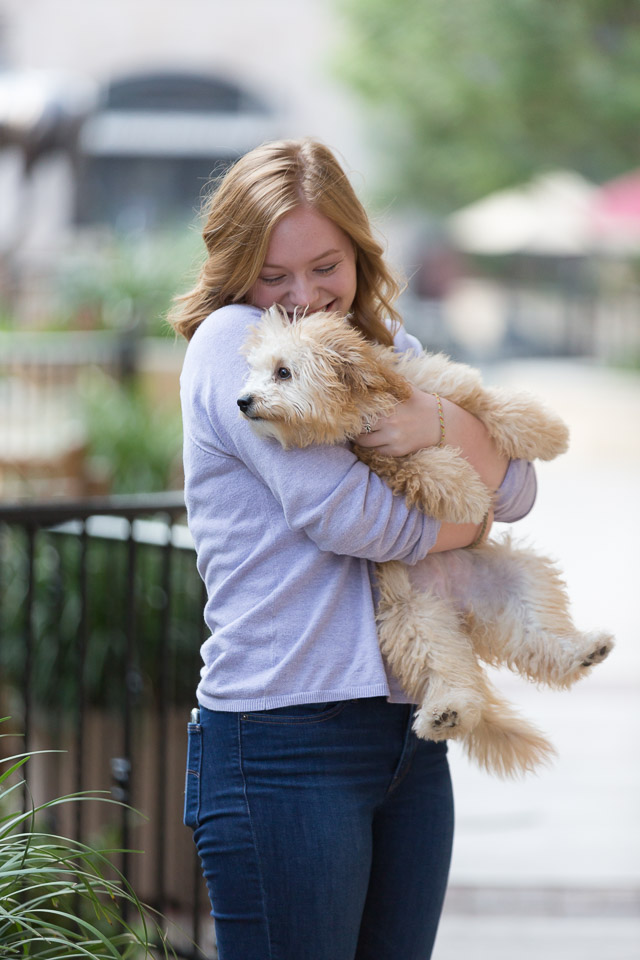 Samantha Rhodes (and her dog)

That’s why, according to Brennan, there is nothing wrong with amateurs being taught by other amateurs: „It’s even more efficient sometimes. When a beginner explains something to another beginner, it’s possible that they will use the same language. When an expert runs a class, sometimes it’s on such a high level that it may be hard to get”, Bonnie says. In her opinion, it’s enough to be enthusiastic and eager to learn to share your passion with others. She told her friend who has just started RXjs that he should take 2 months to prepare and then run a meet-up on it! Her motto is: never get dead serious about learning, and as an example she enlists flexbox Zombies. That’s a flexbox course in a shape of a zombie-hunting video game created by Dave Geddes.


To sum up, I ask Samantha for a piece of advice for these parents who want to teach their kids coding, as she herself has this experience with her mom. „I think you shouldn’t force it. If the child is not interested at all, there’s no point. But if you see that they want to start coding, let them do something fun. Meaning, if your daughter loves Barbie dolls, let her create a website that has Barbie dolls, even if you don’t like them.” According to Samantha, parents should also share their projects with children and show them what technologies they use and why: „I got interested in Angular because whenever my mom was back from her meet-ups, she was like: hey, let me show you what I learned, it’s really cool!”.

They both think it is worth to teach women not only because they are still the minority in the developers’ club (however, the Code Bridge Texas classes, formally „for women” are also open for men): „I run the classes for the girl I used to be”, Bonnie admits. „For all those girls who want to change their life but they don’t know how and don’t have the money to do so. If I had got such support, I could have become a developer 10 years sooner.”